While touring the ancient castles, churches, and historical landmarks of the former empire, stop into cafes and tea houses to sample old fashioned hot beverages and pastries. Or meet the locals at a corner pub for a glass of Scotch or one of the British beers on tap. Want something more sophisticated? There are plenty of gourmet restaurants that have taken traditional Brittish dishes and elevated them to a new level. Or take a different path and opt for some of the country’s fine international offerings, in particular it’s well known Anglo-Indian cuisine.

A cooking school vacation in the United Kingdom with The International Kitchen means hands-on cooking lessons where you learn to make traditional dishes of English, Scottish, and Welsh cuisine. Your cooking holiday in the U.K. will also include fabulous excursions to local sites of interest with knowledgeable guides and culinary tours featuring regional gastronomic specialties. 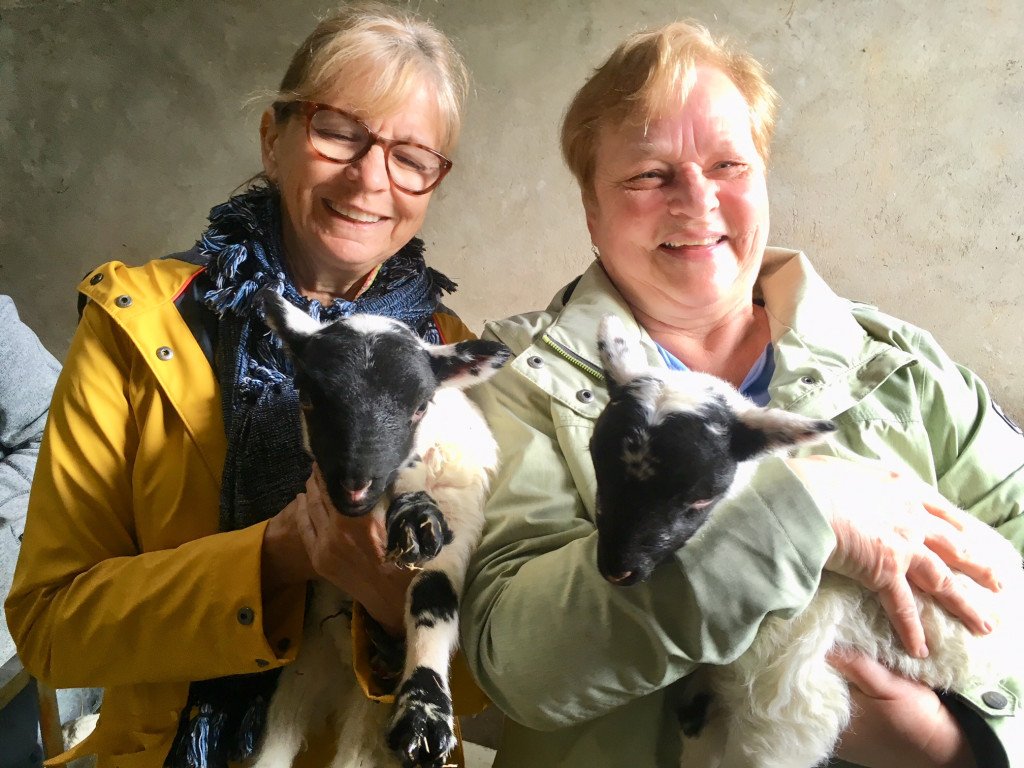 Seeing the baby lambs in the springtime during a cooking vacation in Scotland.