This low carb pear tart was made to please a kid with type-1 diabetes, not for someone on a diet. We’re not trying to eliminate carbs entirely (although you could make this as a keto pear tart), we just have to watch the number. I’m a big fan of when he has carbs trying to use real ingredients like almond flour and fruit, as in this tart.

That being said, to make it a more keto pear pie with even fewer carbs, you could substitute a sugar alcohol such as erythritol for the coconut sugar. Cooking for someone with Type 1 Diabetes presents challenges. Let’s face it: it takes a lot of the joy out of cooking. Baking becomes a mathematical equation: how many carbs? What can I substitute to make it so my son can have a good-sized portion without needing to jack up his insulin dosage? It’s a constant balancing act between indulgence – which we like plenty in our family – and health. Many of my experiments have been disasters (my homemade sugar free jello was declared inedible), but this low carb pear tart worked out well enough to share. Ingredients for the crust:

Ingredients for the topping:

2. Blend the flours, sugar, cinnamon, and salt, then pulse together with the butter in a food processor for 25-35 seconds. Add the water and pulse a few more times. Put it into a greased tart pan with removable bottom and press firmly to distribute, covering the bottom and working the crust up a bit on the sides.

3. Blind bake the tart shell for 5-7 minutes, then remove from the oven and allow to cool slightly before adding the pears. 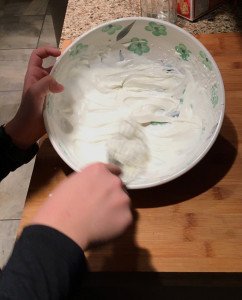 5. After 5 minutes, lower the temperature to 350 degrees and bake for an additional 25-30 minutes. (You should be able to see bubbling liquid under the pears.)

5. Cool on a wire rack. Serve warm or room temperature.

6. A couple of notes: We top it with homemade whipped cream to which we add just a few drops of Stevia liquid or a 1-2 tsp of agave nectar (or sugar). Cream is already pretty sweet and doesn’t need a lot of additional sugar. Added bonus is that it gives my boys something to do while the tart is in the oven. 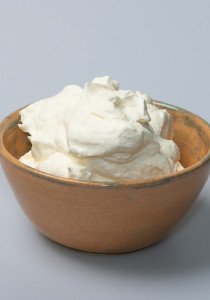 We leave the skins on the pears, as it increased the nutritional value and we don’t mind them. You could adapt the recipe for apples, and those would be better peeled.

Enjoy! One serving has about 15 carbs.

When one thinks of wine production in the U.S., it's...

A History of Sandwiches and a Sandwich Recipe

It's national sandwich day, and we're asking ourselves: do sandwiches...